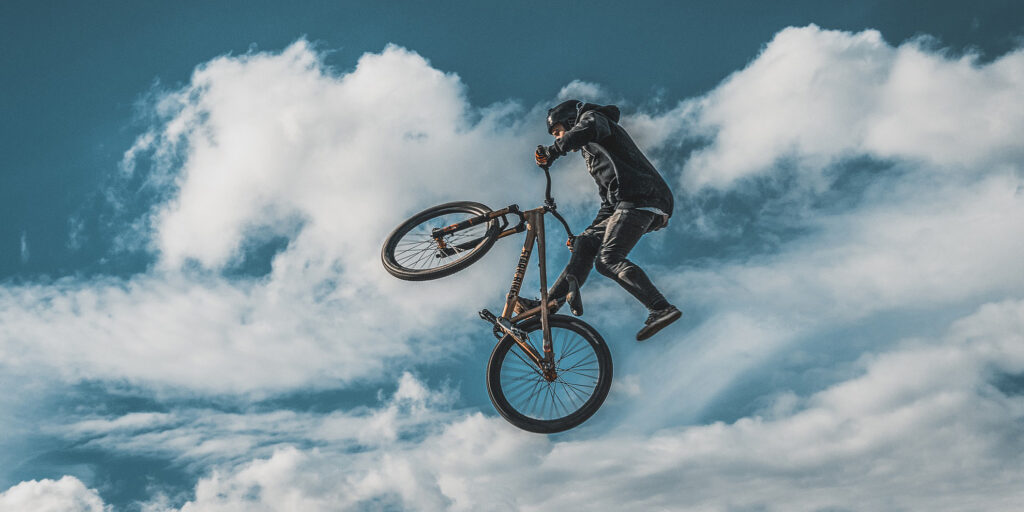 Entering hypnosis through a runners high

An exciting technique of bringing your client into hypnosis is the activeFlow® Active Alert Hypnosis, whereby a power state is used to bring your client into a higher dimension of mind and body in order to bring about a desired change. This technique makes use of physical activity and uses for instance a bouncer or a home trainer.  This technique can be used for a great variety of challenges and it can also be used to work with classical hypnosis techniques such as regression and parts therapy. Active Alert Hypnosis refers to a procedure to activate a trance state as a state of highly focused attention bypassing the critical factor. This technique is very different in terms of the way a client is brought into hypnosis. It is not done through a relaxation hypnosis, in stead it happens through movement. Through the combinations of hypnosis suggestions the movement goes very easy and by itself.

The concept of active alert hypnosis was first introduced by researchers Ludwig and Lyle in 1964, and was used to describe people who were hypnotized as a result of suggestions while engaging in vigorous physical activity. They cited tribal dances, religious revival rituals, and political events as examples of what they called this “natural hypnosis.” The technique is supported by scientific research.

There is a great variety of challenges that can be addressed using this technique. It is used by coaches, hypnotherapists and therapists from all kinds of backgrounds to work with performance issues such as fear of exam, fear of speaking in public, difficulty passing the driving exam, concentration, dyslexia, study performance, perseverance, job application, focus and concentration. Next to that it can be used to bring athletes to a greater performance by sports visualisation, ego strengthening and endurance. The techniques can be used with anxiety, stuttering and much more.

You can follow this training in the Netherlands in the English language. For more information click on the following activeFlow Active Alert Hypnosis.