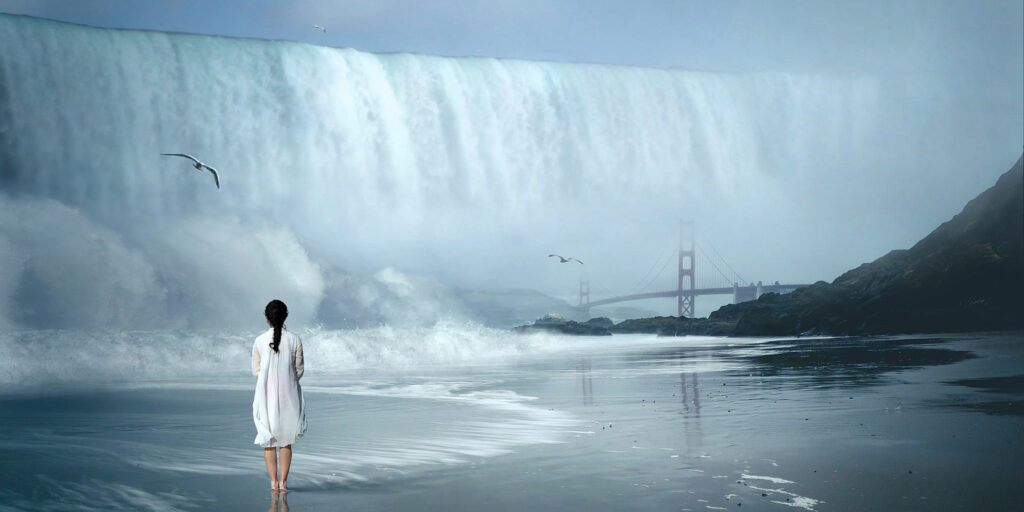 Singers have been using auto tuners for several years now to improve their singing performance and achieve special effects. Singer Cher was the first to use such a tuner in her believe . (1998). Later, others such as hip-hopper Kanye West followed in runaway .
New is software with which voices can be changed in order to evoke emotions.
It is the result of the work of French scientists Pablo Arias and Jean-Julien Aucouturier. They managed to make listeners smile with special software without them having to see the speaker.
More is possible with the French software. You can distort voices better and more realistically with it, but also completely change it to cause different emotions in the audience. It is even possible to suggest the size of a person or his gender.
The reactions to this finding seem mainly positive. Imagine if, for example, all calls from call centers always sound friendly or familiar?

But now there is even more. What about the software from Sonantic. This can read texts cheerfully, anxiously or sadly. By simply entering a script, any PC can call someone and make an offer to switch energy supplier in the most engaging voice. Who wants to try the demo click here. (Scroll down to: “All work and no play makes Jack a dull boy”

Even without artificial additions or distortions, hitherto gifted singers, recitation artists and actors have managed to evoke emotions in their audience. Their reach did not go much further than the hall they performed in front of. That range grew enormously with the advent of radio. Then it turned out that what ordinary voices of gifted speakers without being seen in the right suggestive entourage could evoke in their listener.

The War of the Worlds

On October 30, 1938, the American radio music program Mercury Theater on the Air was suddenly interrupted with disturbing news reports of a Martian invasion. It’s being told

d by an unnamed journalist who witnesses the invasion.
Many listeners missed or ignored the intro to the radio play, which clearly explained that it was a made-up story. The threat of World War II made many people think the news reports were real.
The radio play, ‘The War of the Worlds’ by HG Wells, caused a mass hysteria in the US. Who wants that feel click here.

The broadcast lasted only 60 minutes, but that was enough to make people flee the cities en masse. Many people thought they could already see the flashes of the heat rays or smell the black smoke. Some reported seeing the invasion with their own eyes.
Studies found that of the six million people who heard the broadcast, 1.7 million thought it was real and 1.2 million were truly terrified. Within a month, news of the panic spread around the world, appearing in some 12,500 newspapers.
The radio play was later adapted to broadcast other locations in other countries. This resulted in similar reactions. In 1944 it caused so much panic in Chile that the army had to be deployed.

On February 12, 1949, the radio play in Ecuador panicked thousands of people. Three responsible radio employees were arrested.
The radio play made of ‘Das Wasser Steigt’ by Geno von Ohlischlaeger is also instructive. ‘Das Wasser rises’ it became in  Already broadcast in December 1930, but radio play writer Josef Pelz von Felinau, adapted the story into the radio play ‘Hypnosis’. It was broadcast on 5 July 1945 as the first radio play in Germany after World War II.
The story is set in a theater in Naples. There the hypnotist Torro performs. He suggests to his audience that because of a spring tide – which actually happened in 1898  the room fills with water. Singer Bettina panics so much that she wants to jump out of her box into an imaginary safety net. Her boyfriend, Capitano Lembo, sees through the danger and shoots the hypnotist.
The radio play and the performance of the hypnotist is not just an evening of superficial entertainment but is also seen  as an image and paraphrase of politics and society during the Nazi regime.

Radio playwright Josef Pelz von Felinau, adapted ‘The water rises’ to  the radio play ‘Hypnosis’. He probably wanted to use it to depict how the German people were gradually talked into war by the ‘hypnotist’ Adolf Hitler.  Initially, the public did not notice and did not take it seriously that ‘the hall was flooded’. In the radio play, the hero Capitano Lembo intervenes before accidents happen.
The charismatic and eloquent speaker manipulates an assembled society with hypnotic suggestions. The danger is also caused by the fact that the singer Bettina, portrayed as “hysterical”, defies the instructions of the authorities and the hypnotist and invades men’s society despite the ban on women. The hypnotist conjures up a natural disaster that threatens everyone with chaos and doom, but at the same time promises liberation.
Josef Pelz von Felinau, himself a speech artist and radio play actor, gives his hypnotist a monologue that is rich in imagery, metaphorical poetry and even apocalyptic. He depicts the approaching deluge and sharpens the plot dramatically, not least through an artistic use of the speaking voice and dramatic elements such as a countdown.
Even with listeners who do not speak German, the radio play hypnotist knows how to evoke emotions and cause tension and excitement.

In the Netherlands, the story ‘The Water Rises’ was broadcast as a radio play in March 1938 and on April 4, 1941. Unfortunately, those recordings seem to have been lost. The German version – as ‘Hypnose’ from 1945 is also untraceable. Those who still want to hear how ‘Das Wasser Steigt’, in 1966 – without software – was processed into the radio play ‘Hypnosis’ – and how the German hypnotist works click here (hypnotist from 15 e minute)