Hypnosis and what’s in a name?

Braid and what is in a name? If you think that Braid coined the term hypnosis, read this and rethink!

Names for hypnotherapy and its precursors.

Hypnotherapy is more than just hypnosis. It is a therapeutic technique combined with hypnosis. This in itself is not new. There are more examples in history of hypnosis where a certain treatment was combined with  trance. Therefore the therapists thought it would be better to come up with a separate name. Also the trends induction itself was labelled differently over time. Often this had a political background. During the French time the Dutch who appalled the French occupier, used the German term ‘ animalisch magnetismus’ and nowadays show hypnotists in Belgium who want to stay out of problems because of the hypnosis law in their country, call themselves ‘ illusionist’. 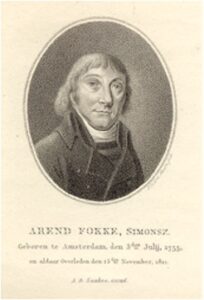 According to Arend Fokke Simonsz (1814) to manipulate is an artificial word derived from magnetisers. According to him it means to touch and stroke with the hand in order to induce a magnetic sleep by moving across the limbs of the patient. He is supported by a Professor from Leyden, F.J. Voltelen who in 1791 held a fierce speech against animal magnetism that became popular at that time in the Netherlands. According to him especially lonely women, girls and effeminate man were threatened by this and he terms the physical touch on the abdomen, legs and groin with the word manipulation. He  adds that next to this physical touch of the body imagination also plays a role in relation to animal magnetism.

In the course of time the expression manipulate gets a very negative tone: a manipulator is someone who uses artificial means in order to get someone else to do something. Apart from the question if there was a cause for these allegations, many scientists for diverse reason and with alternating success tried to change the name of something that started to be called animal magnetism (Franz Anton Mesmer 1734-1815). Some people denied the existence of the fluid as was proposed by Mesmer. Others continued based on the work of Mesmer and invented new variations and treatments. Next to that there were physicians who treated their patients with magnetism however they did not want to be associated with quackery and people who got more and more skilled making use of magnetism. During the time of F.J. Voltelen (1791) we can notice that animal magnetism and the artificial ‘ induced sleep’ gets separated.

When the Scott James Braid researched animal magnetism he concluded that there is no fluid. Braid finds out that the trance state is caused by suggestion and is related to ordinary sleep. In order to make a differentiation between the animal magnetism and the phenomena that he witnessed, Braid takes as point of departure the name neurypnology and uses the term hypnotism. In July 1842 he writes an article for a meeting of the British Association in Manchester where he uses the name neuro-hypnotism. Contrary to what is believed it is not his book ‘Neurypnology or the rationale of nervous sleep considered in relation with animal magnistism (1843), but his writing from 1842 where Braid used the term ‘hypnotism’ for the first time. Later on Braid uses the term monodeism (1847) and for the word somnambulism he uses the term double consciousness.

In 1892 Sinnett evaluates in his ‘ The Rationale of Mesmerism’ the way in which Braid introduced the term hypnotism. “ Hypnosis is one thing, however mesmerism is quite something else”, he claims. Who talks about hypnosis, is talking about something else than the phenomena of mesmerism. Next to that Sinnet thinks that Braid must realize that he owes a lot to Mesmer, M. Bertrand en Abbé Faria. The use of the term ‘ Braidism’ never got the wide support.

Although Braid generally is seen as the founder of modern hypnosis, we have to take a look at the activities and general thoughts of Abbé José-Custodio de Faria (1756-1819). During public performances he brought people into trance and gave them post hypnotic commands. He let them do all kinds of tests with taste, scents and visual hallucinations. De Faria does not believe the theories that explain magnetism. He proposes to call somnambulists ‘époptes’ and he calls the magnetic state ‘sommeil lucide’ and furthermore he terms the process of magnetizing ‘concentration’. Therefore the magnetiser is called ‘concentrer’ . By ‘concentrer’ De Faria means as state of consciousness that is focused on the inside, unaware of what the senses observe. With this concept and the great role that suggestion played during these performances, De Faria can be seen as an important precursor to the later school of Nancy.

Being ignorant of what Braid was doing in England, almost at the same time, Th. Leger writes his book ‘ Animal magnetism; or psycodunamy’ (1846). Neither he is happy with the term ‘animal magnetism ‘ and he proposes to change that with the word psycodunamy or in short dunamy. “This name is derived from the Greek words spirits/soul” according to Leger and therefore means ‘mental strength ‘. “With the word dunamy belongs the verb to dunamise and the magnetiser is called dunamiser” claims Leger, who stresses that the words ‘ psycodunamy’ exactly defines what it is about, namely that people posses the force to exercise influence on their body using their mind.

Leger also took a look at names that were proposed by others, however according to him none were appropriate. Names were given such as Mental or

Animal Electricity by J.H.D. Petetin (1805) and Dr. Pigeaire (1839). Leger rejects these names for the same reason he rejects animal magnetism. According to him the names animal magnetism and animal electricity are based on the same idea, namely that of the fluid, and he doubts its existence and never saw any material evidence of it. He also rejects the word ‘mesmerism’ that is proposed by Elliotson and Hare Townsend amongst others. According to him this might be the most inaccurate name, because never before in time a science was named after a person and secondly Leger questions the facts if Mesmer has the right to claim this honor, because he is not the inventor of the practical parts of magnetism because they are much older. Neither did Mesmer come up with the proposed theory himself. Next to that it is full of flaws and brings more hinder than progress. Mesmer never talked about the phenomena that are occupying the scientists. In total nothing remained of Mesmer’s teaching, so why should our science call it mesmerism? Leger also does not like the word ‘Neurology’ which was proposed by Dr. Buchanan, because the word is already in existence as the study for the nerve system. Using this name unjustly is asking for trouble.

There is also the term ‘pathetism’ by Laroy Sunderland (18440. He tries to combine the popular ‘frenology’ with magnetism and gives his theory the name ‘phrenomagnetism’. Later on he leaves this thought and writes about magnetism as ‘pathetism’. According to Leger this is also wrong. It is too general to say the least. The Greek origin of the word means ‘illness’ or ‘suffering’ and that is not what is meant with this new science. Next to that there is Prof Grimes who terms the word ‘etherology’. Greek-etymological means treatment with the smallest part of air. Because Leger rejects the existence of fluids, according to him this name has nothing to do with ‘our subject’ .

Leger is not the only one in his criticism on ‘magnetism ‘. Also John Bovee Dods is looking for alternative names and comes with the term ‘ mental electricity’ and even ‘spritualism’ . In his book ‘The Philosphy of Electrical Psychology’ (1850, Crabtree 596) he renounces this again and explains that he has a lot of success with his ‘electrical psychology’. This way of treatment also uses Mesmer’s, however, where magnetism is seen as a teaching of sympathy, his discovery is that it is the teaching of impressions. According to Dods this means that contrary to the magnetised patients, whose senses are bounds to the magnetiser, the patient who is treated with Dods’ ‘Electrical Psychology’ remains completely independent. Braid criticizes this idea. In his book ‘ Electrobiological phenomena considered physiologically and psychologically’ (1851), he let us know that it concerns the same phenomena and that these are all forms of ‘hypnotism’.

After having practiced animal magnetism for 30 years and being the publisher of the first American magazine on magnetism, Samuel Underhill took stock in his book ‘Underhill on Mesmerism’. He too saw different alternatives for the same phenomena. Together with Leger he rejects Sunderland’s ‘Pethetism’, Dr. Braid’s ‘hypnotism’ and Dr Dods’ ‘electrical psychology’.

All over the world they search for a better name for Mesmer’s teaching and application. Slowly but surely the term hypnosis becomes more important. Thanks to P. de Koningh the term (electro-)biology comes into focus for a short while in the Netherlands. During this time spiritualism emerges. This addresses the old (Mesmerism) magnetism, clairvoyance and other so-called byproducts as an opposite of the upcoming hypnotism. No doubt that this division contributed to a further study of ‘ suggestion hypnosis’. In this light we have to take a look at the publications of Frederik van Eeden. In 1886 he uses ‘hypnotismus’ for the first time in the Netherlands. In December of that year Van Eeden publishes his ‘Hypnotisme en de wonderen (Hypnotism and miracles). In the third print he writes a footnote that says: “ fact is that nowadays all magical phenomena are simply called hypnotic phenomena. Hypnotism is a wrong word that is used generally for many different things that are nowadays better identified. Only suggestion is a well-defined word, hypnosis, ’ uggested sleep’ also (1890). Slowly hypnosis started being used in scientific circles as well as in a lot of literature. After 1910 almost all serious researchers used the term’ hypnosis’.

The long road of ‘magnétisme animal’ to ‘hypnosis’ could have been much shorter if there would have been more interests in the long speeches of Baron D’Henin de Cuvillers. Obviously he has a huge problem with the name magnetism, because already in the first issues (1820 and later in 1823) of the magazine ‘Archives du magnetism animal’ he writes extensively about a number of alternatives. He talks about ‘rabdomancie, aimant animal, thaumaturge and psychology. He also discusses  in ‘Un fameux magnétiseur’ (De Faria) the proposed term ‘epopte’. However it really gets exciting when de Culvillers brings to the forefront a number of words with the prefix ‘hypno’. He talks about hypnobate (sleep & walk) for somnambulism, hypnoscope (sleepwachting), hypnomancie, hypnology, hypnotique.  D’Henin de Cuvillers develops his thoughts about namegiving in his book ‘Le magnetism animal retrouve dans l’antiquite’ (1821). He discusses 312 words with the prefix ‘hypno’ amongst which hypnotique, hypnotiste and hypnotism.